The contract for Johnny Blaze’s (Nicolas Cage) soul used in the 2007 Marvel Comics film Ghost Rider. This contract can be seen near the beginning of the film when Johnny is offered a deal for his fathers life by Mephistopheles (Peter Fonda). The contract is written in Latin, printed on thick card and gives the soul of Johnny Blaze to Mephistopheles to do his bidding as the ‘Ghost Rider’ whenever the times comes. The paper has a drop of ‘blood’ on the signature line and has been beautifully framed to make a fantastic display. 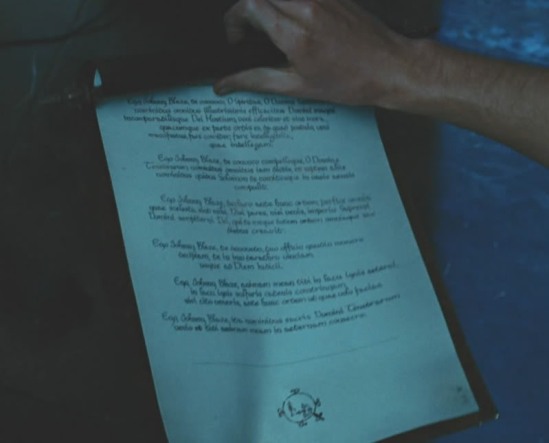