An original pair of Merc goggles used in the scene where Riddick is transported into the Crematoria Slam via the underground cart. This style was seen worn by Eve Logan the female merc and the merc that Riddick disposes of who wants to take his goggles.
This pair were worn by Ty Olsson the Merc that Riddick kills off while on the moving cart after he tells Riddick that he’s going to take his goggles. 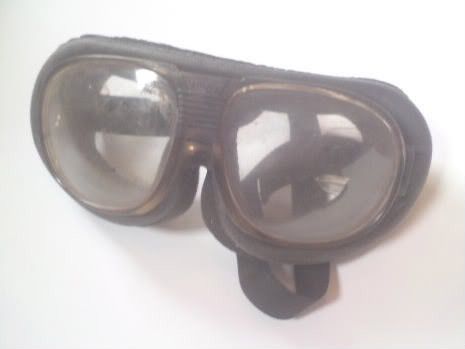