An original pair of screen used knives used by Vin Diesel during The Chronicles of Riddick. Probably the most recognisable prop from The Chronicles of Riddick. Made from a dense rubber as not to harm Vin or the other actors during the fight scenes on the surface of planet Crematoria. Fantastic condition considering their purpose and usage.
One of the knives features a ring for Vin’s index finger built in to the handle to give him a better hold on the weapon during the fight sequences (as seen in the screen cap below) 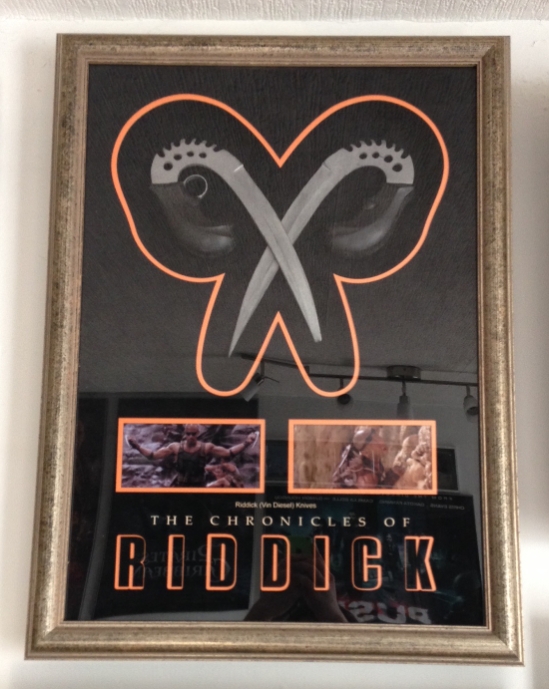 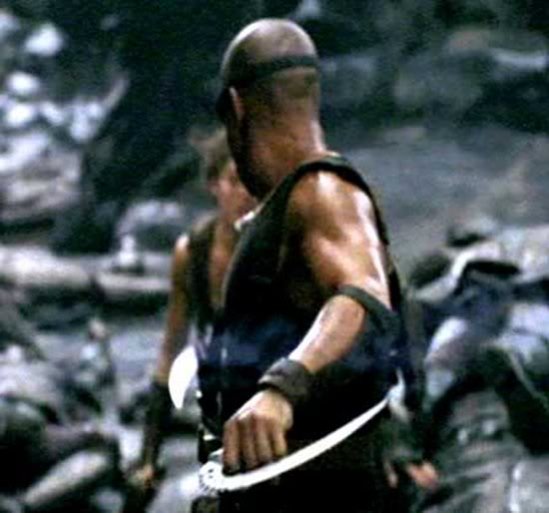