This Light Cycle baton was made for the 2010 Tron sequel ‘Tron: Legacy’.
Batons of this style were used by the various Programs on the Gaming Grid.
This baton was built by the production in the same style for all the main cast. We see them used most memorably as Light Cycles at the beginning of the film but also as fighter planes by Clu and his guards near the end.
Made from foam rubber like the ones worn on the legs of the characters costumes and for use in stunt sequences. 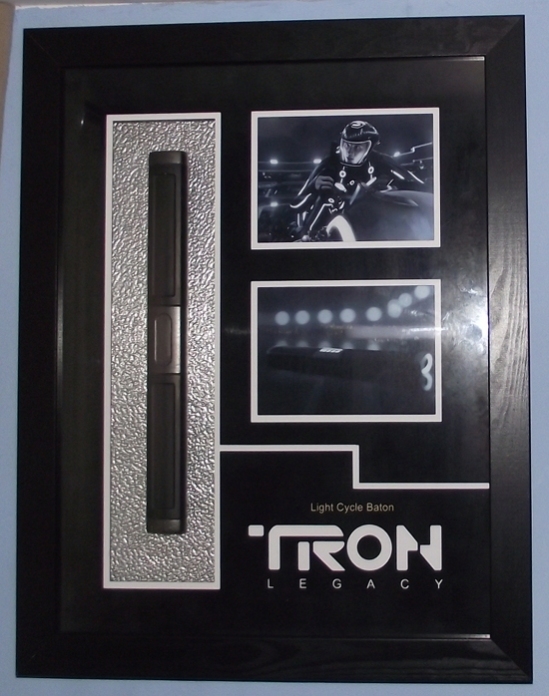 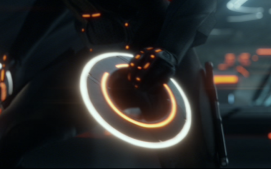